Traumatic Brain Injury (TBI) is a significant health issue that occurs at a high rate in military populations. According to the Defense and Veterans Brain Injury Center, more than 380,000 Service members have been diagnosed with TBI since 2000. TBI is also a significant public health burden that most commonly is a result of car accidents, falls, or sports injuries [CDC]. The Department of defense (DoD) and Veterans Affairs (VA) have focused many research efforts (e.g., CARE Consortium) on improving head injury prevention, diagnostic capabilities (e.g., neuroimaging, smartphone devices), and therapeutic interventions for TBI and its sequelae (e.g., post-concussive symptoms, neurpsychiatric conditions). Many of these research programs are DoD funded, and a significant amount of TBI R&D funding is provided by the Congressionally Directed Medical Research Programs (CDMRP), which is a great source of non-dilutive funding or capital (NDC) for small businesses working on biomedical technologies.

Operational support for the U.S. Army’s Joint Program Committees (JPCs) is provided by multiple execution agents, including the Congressionally Directed Medical Research Programs (CDMRP), which is a Congressional special interest funded program that is managed by the DoD. CDMRP provides program and award management support primarily for basic through translational research (e.g., clinical trials) and also works closely with the JPCs to transition products to advanced development. Two of these Congressionally funded and DoD managed programs are the Psychological Health/Traumatic Brain Injury (PH/TBI) Research Program and the Defense Medical Research and Development Program (DMRDP).

The Psychological Health/Traumatic Brain Injury (PH/TBI) Research Program of the CDMRP aims to establish, fund, and integrate both individual and multi-agency research efforts that will lead to improved prevention, detection, and treatment of the effects of traumatic stress and traumatic brain injury on function, wellness, and overall quality of life for Service members as well as their caregivers and families. PH/TBI program announcements are released multiple times each year.

The PH/TBI Research Program focuses on various aspects of TBI, including: 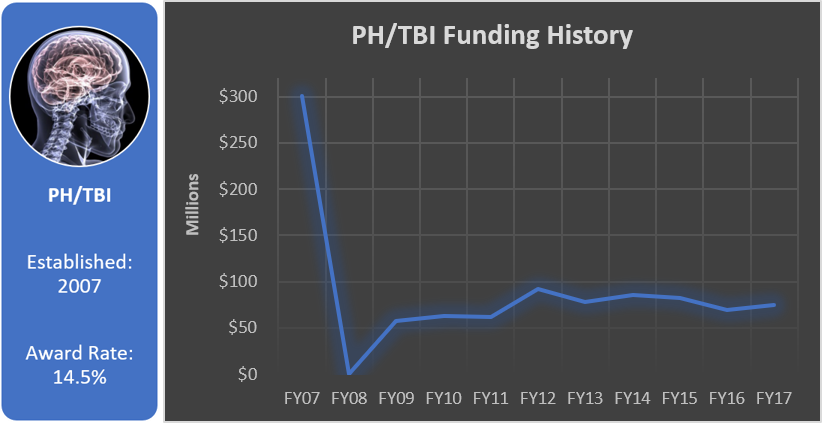 The DMRDP often releases solicitations as part of the JPC-5/MOMRP, JPC-6/CCCRP, and JPC-8/CRMRP with focus areas in line with the missions of these research programs. The FY17 DMRDP Focus Areas involving TBI include: 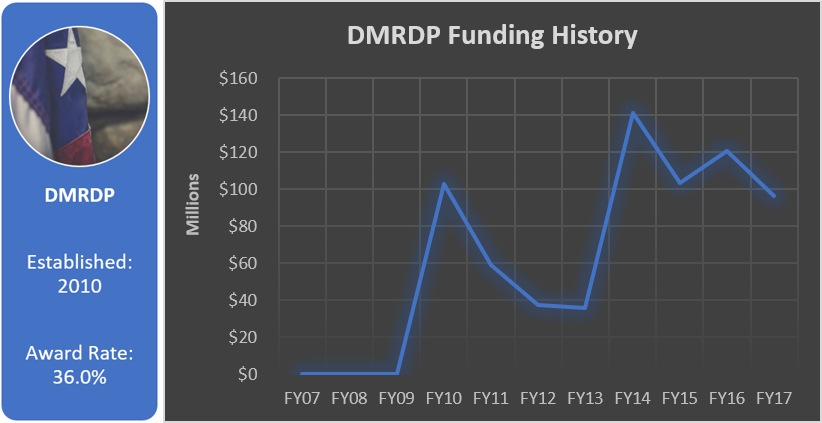 The Epilepsy Research Program (ERP) was initiated to develop an understanding of the magnitude of post-traumatic epilepsy (PTE) within the military and to expand research into the basic mechanisms by which TBI produces PTE. ERP pre-announcements are usually released in May, with program announcements released around July. In FY17, letters of intent (LOI) were due in September, with full applications due within one month of the LOI deadline. 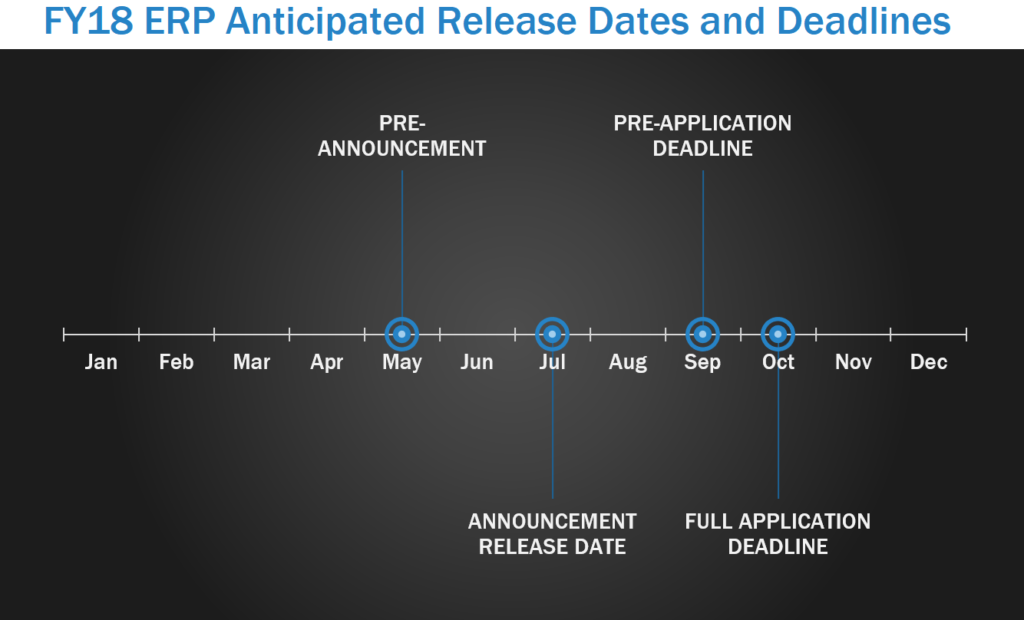 Focus Areas for the FY17 ERP include: 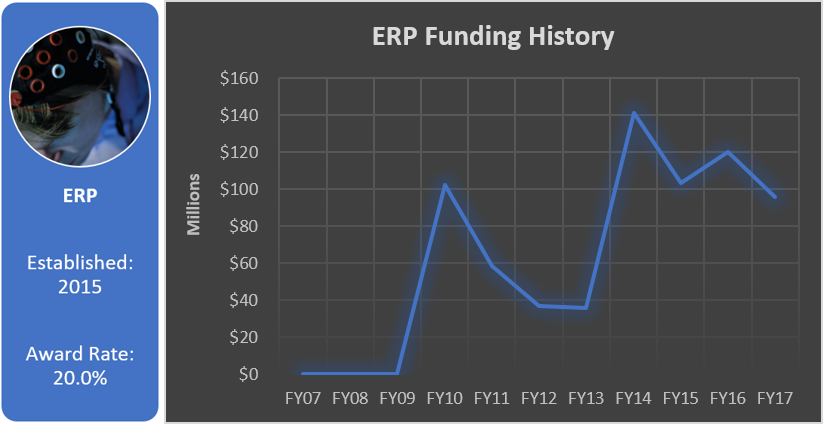 Military personnel and others living with TBI face an increased risk for developing Alzheimer’s-like dementia, aggression, memory loss, depression, and symptoms similar to those of other neurological diseases. The Peer Reviewed Alzheimer’s Research Program (PRARP) was initiated to address the long-term consequences of TBI as they pertain to Alzheimer’s disease (AD) and AD-related dementias (ADRD). PRARP pre-announcements are usually released in May, with program announcements released around July. In FY17, LOI were due in September, with full applications due within one month of the LOI deadline. 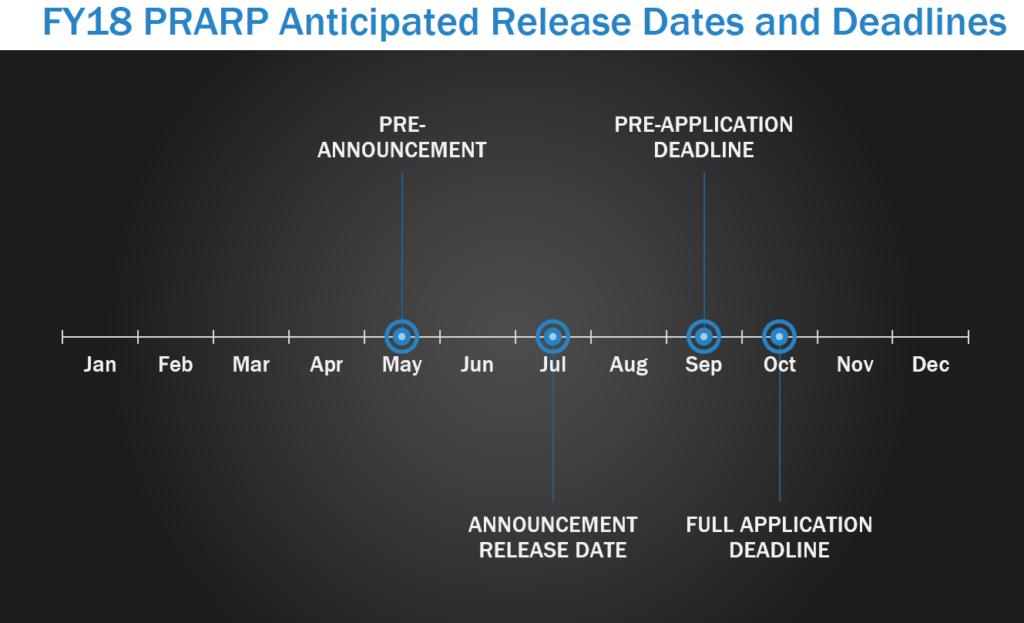 The Overarching Challenges FY17 PRARP are:

Applications should address at least one Focus Area in support of the Overarching Challenges. The FY17 PRARP Focus Areas include: 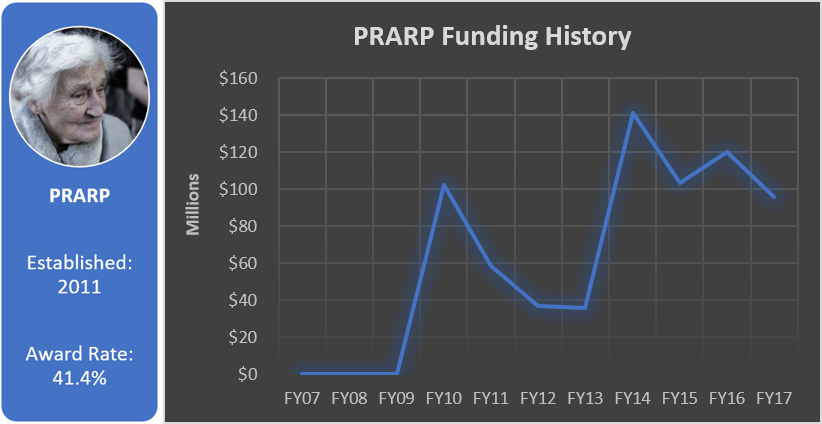 The Alcohol and Substance Abuse Disorders Research Program (ASADRP) seeks research to explore integrated approaches to address alcohol and substance use disorders (ASUD), especially related to TBI and post-traumatic stress disorder (PTSD), through multidisciplinary, team-based research efforts that translate basic knowledge into enhanced clinical pharmacological treatment protocols. In FY17, the ASADRP pre-announcement was released in May, with program announcements released in June. LOIs were due in September with full applications due within one month of the LOI deadline. 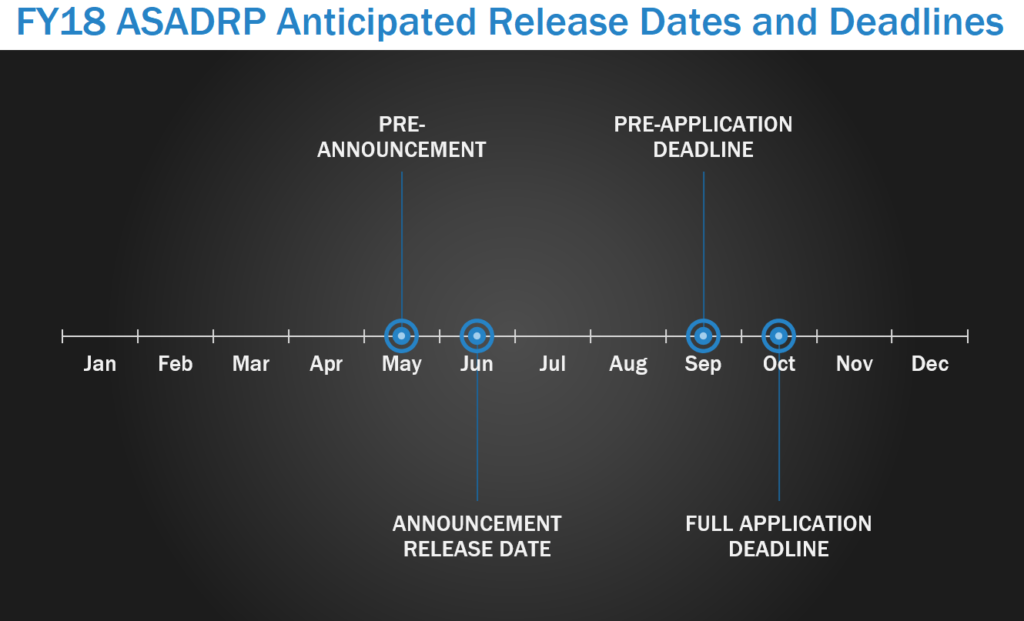 The ASADRP goal for FY17 is to organize multidisciplinary, team-based translational research efforts to: 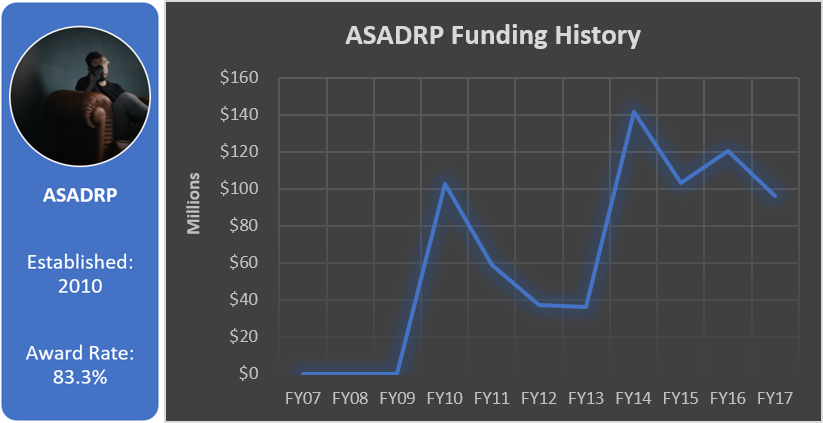 The U.S. Army Research Laboratory (ARL) is the Army’s corporate laboratory and sole fundamental research laboratory. The ARL’s mission is to “Discover, innovate, and transition Science and Technology (S&T) to ensure dominant strategic land power.” The ARL has a history of occasionally releasing solicitations for TBI or TBI-related research.

The current ARL BAA for Basic and Applied Scientific Research is accepting research proposals from April 2017 until March 2022. It includes the following TBI-related research topic:

The JPC-6/CCCRP supports research in combat casualty care (e.g., tactical care; basic and advanced life support; delayed care or prolonged field care, and enhanced triage capabilities), citing TBI as one of the principal causes of death among Service members who die within the first hour of wounding. Current CCCRP Research Areas of Interest involving TBI include:

The JPC-8/CRMRP focuses on the innovations required to reset our wounded Service members, both in terms of duty performance and quality of life. Current CRMRP Research Areas of Interest involving TBI include:

The mission of JPC-5/MOMRP is to develop effective countermeasures against military-relevant stressors and to prevent physical and psychological injuries during training and operations in order to maximize the health, readiness, and performance of Service members and their families. Current MOMRP Research Areas of Interest involving TBI include:

If your small business concern (SBC) is developing an innovative dual-use technology for TBI or in one of our other 2018 technology focus areas (cancer therapeutics, orthopaedic trauma tech, and sensors/internet of things), we may be able to assist by:

If you would like more information on how Tier Seven can assist your small business with identifying, connecting and collaborating via CRADAs with other DoD researchers, please contact us.